In 1967 The Pink Floyd made the news with their first single, ‘Arnold Layne’, a jaunty little ditty about an underwear thief. It appears that stealing women’s underwear is not just the preserve of the British or of the psychedelic Sixties. Late in 2015 police in Portland, Oregon arrested 24-year-old Daniel R. Kowatch after he stole some underwear from a neighbouring house on North Woolsey Avenue. The incident was reported in the local rag, The Oregonian.

In his defence, Kowatch claimed he had long wondered whether he could get away with the robbery and committed it simply to find out. The answer was ‘no’. The neighbours caught him red-handed; his jacket—along with two pairs of women’s underwear and a knife—were later found on the roof.

Under further examination, this flimsy defence collapsed. Kowatch admitted that he “has an obsession with women’s underwear and it’s getting worse.” This simple statement reveals two psychological patterns prevalent in current society. The first is a sexual obsession, i.e. an inability to express one’s sexuality in a healthy manner; instead it is expressed in furtive and often damaging outlets such as this.

Psychoanalysis teaches us that sexual obsessions are never random. So, secondly, somewhere in Kowatch’s adolescence there was a connection between women’s underwear and sex—and shame. It is the inclusion of unconscious shame in this triangle that poisons it. The ego defences try to repress this shameful and socially dangerous impulse. Result: arrested development.

Consequently, the more it gets repressed the worse the obsession becomes—as Kowatch discovered. This shame-based entanglement needs to be resolved, for Kowatch’s sake as well as that of his neighbours’ lingerie.

Kowatch was booked at the Multnomah County Jail and faces accusations of burglary and criminal mischief. The charges are difficult to refute. Regardless, Kowatch will be the butt of jokes for years to come in the North Woolsey neighbourhood. The real issue here is that as a society, we are still largely too ashamed of our sexuality to admit to—and tackle—our obsessions before they land us in police custody. 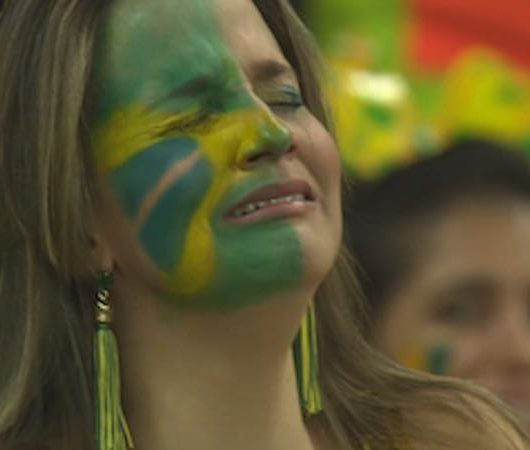