I’m going to complete this series on generational trauma by illustrating the amazing things that can happen when you succeed in healing it.

As I mentioned in Part II, my grandmother was launched out of the family in 1935 after having an affair and she landed in Cornwall—near the village of Rock.

Some years ago, through an ancestry site, I got an email out of the blue from a relative of my grandmother’s and I learned the name of the house where my grandmother lived. It was an unusual name—Trevisquith Manor. I searched for it but found nothing. Once again these old energies were playing hide and seek, wanting to stay concealed yet longing to be resolved.

A few months later, the phone rang at home one evening. My wife answered it and called out: “Some friends are going to Cornwall for the long weekend. They have a spare room. Shall we go?” I could feel my mouth forming a question: whereabouts in Cornwall? Before I even asked it, I knew the answer: Rock.

By then, I was an old hand at generational trauma. I thought, “OK, here we go.” Like a long-delayed appointment, I could feel it coming. I knew it was going to hurt. And I knew grace would walk me through it.

But I didn’t know where the house was. My background is in manufacturing software, and one of the principles there is called Just In Time—that you only make something right before you need it. Just In Time applied here too.

The night before we left, I went back to the email with the house name. And I noticed something I hadn’t noticed before—some spelling errors in the email. So I searched some variations of the house name—and there it was: Trevisquite Manor, near Rock, in a 1950s council document bearing my step-grandfather’s name.

We drove up to the village and parked about 20 yards from the house. I got out of the car and straight away I felt it—a wall of pain literally holding me at bay.

This brings me to another principle: watch for triggers.

Triggers are events that activate our buried traumas. We each have different ones. My trigger here was geography, as was going to the National Archives (see Part II). Getting close to where the action happened brought those feelings to the surface. Another trigger might be a name. Or, if you’re dealing with repressed grief, you might find funerals overwhelmingly painful.

Triggers are double-edged swords. They make it easier to access these buried feelings, but at the same time they make them stronger. So watch for triggers—but often the only way you discover the trigger is by squeezing it.

What was this wall of pain that I’d walked into?

It was my grandmother’s pain. All the guilt, shame and pain of having broken up the family and lost her only daughter. She never wanted that to happen. She was just a human being struggling with a human situation; reaching out for intimacy in that struggle—and 80 years later the pain of it still affected the family to the third generation.

There is no moral high ground. As long as you think there was a right and a wrong to whatever happened in the family way back when, you won’t break generational trauma. You must forgive.

So here’s another principle: there is no moral high ground. As long as you think that there was a right and a wrong to whatever happened in the family way back when, you won’t break generational trauma. You must forgive, regardless.

As I did so, it felt like an angel picked me up and put me in the passenger seat of my own life and walked me down to the house. I felt an overwhelming sense of grace as tears streamed down my face.

Three weeks after going to Rock, the Antiques Roadshow—one of Britain’s most popular TV shows—was at Broughton Castle near Banbury. People display their family heirlooms; a tiny number get filmed for the show. I said, “Let’s take my grandfather’s things and we’ll have a nice day out.”

At Banbury, there was a big queue of people having their antiques assessed—and almost all of them were rejected. It took an hour to get to the head of the queue. I laid out my grandfather’s flying memorabilia.

I told you that my grandfather was a pilot in World War I. What I didn’t tell you is that in 1909 he built his own aeroplane. In 1911 he got Royal Aero Club pilot’s license #79. In 1913 he won an air race. In 1914 he flew the ‘first regular air service of Great Britain’. He was Britain’s first airline pilot and only the second in the world.

When the war broke out, he volunteered by the simple expedient of flying into the nearest army base (they bought his plane for £720). He won two medals for bravery and was mentioned in despatches four times. He flew without a scratch from 1909 to 1929. It’s an amazing story of one of Britain’s pioneering aviators.

And that’s the power of the shame of generational trauma. When I was growing up, all of this was buried. This amazing memorabilia was kept at the bottom of a drawer. The loss of her mother was so painful to my mother she couldn’t bear to be reminded of it by any sign of her father. We even moved to New Zealand—the farthest point in the world from England, as if my mother was trying to get as far away as possible from the scene of the trauma.

I showed all this to the antiques assessor. He said, “You’d better head up to the castle. The producer will come and see you. The sandwiches are on the BBC.”

Three weeks after dealing with my generational trauma in Rock, I was filmed with my family, talking about my family, on Antiques Roadshow. This story that had been buried for 80 years and even tried to hide at the other end of the world was screened in a TV show watched by millions of people.

If you choose to confront your family’s ghosts, I can’t promise that you will end up on a major TV show—but I can promise you a hell of a ride, and an amazing sense of healing and resolution. But please handle your ghosts with care. 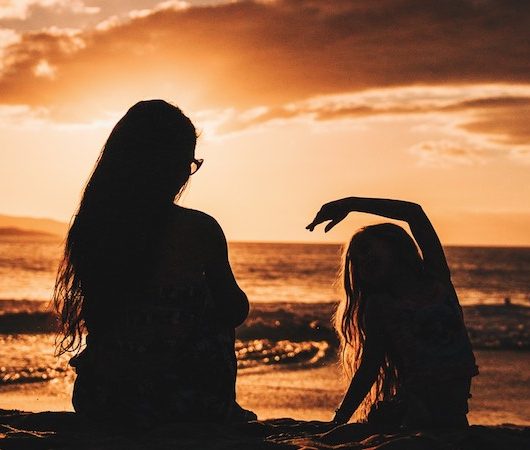 We all have 3 layers of trauma ‒ ancestral, generational and current-life 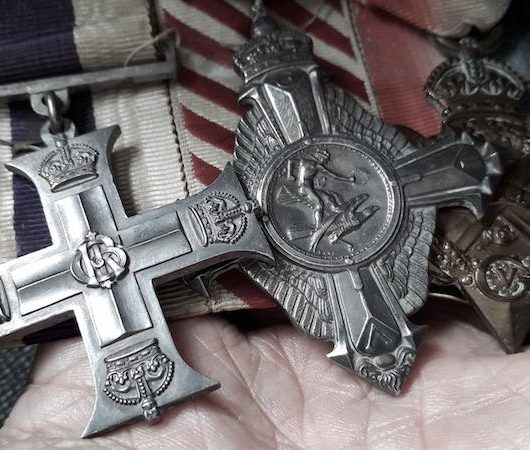 How to heal generational trauma in 8 steps 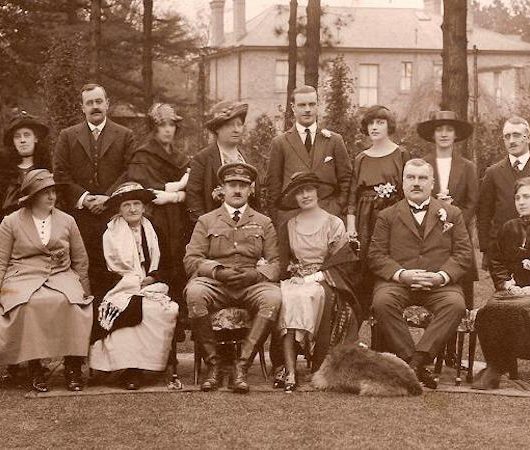