In the last article in this series we looked at courage. In this one we’re examining surrender. While surrender might seem to be the direct opposite of courage, it’s actually a powerful tool in its own right.

The very word ‘surrender’ has several negative connotations: losing a fight, lacking the ability to impose ourselves on a situation, giving in or giving up.

This is precisely where the power of surrender lies: conscious evolution is a sentient process that knows where it’s taking us. Sometimes the quickest and least painful way to move forwards is simply to lie back and let go.

Conscious evolution is a sentient process that knows where it’s taking us. Sometimes the quickest and least painful way to move forwards is simply to lie back and let go.

The reason we need to learn to surrender is because the process of consciously going to the next level has a specific geometric trajectory—a hyperbolic funnel (or hyperbolic vortex). A hyperbolic funnel begins as energy moving in slow, wide, circles of gradually diminishing radii. As the circles diminish in size the energy gathers speed and downward (i.e. spiral) movement begins. As the energy approaches the centre of the funnel, its speed accelerates exponentially until it plunges through the heart of the vortex and emerges in a transformed state.

They are often found in museums, where they are used to solicit donations of small coins. The coins roll around the rim of the funnel for ages, seemingly defying gravity. We watch, transfixed, as the coin gradually spirals downward and disappears.

As above, so below

Austrian naturalist Viktor Schauberger (1885-1958) noted that the hyperbolic funnel (or hyperbolic vortex) is a shape that consistently reoccurs when nature is at its most transformational.

A hyperbolic funnel is the shape of a black hole in space, a tornado touching down, or a whirlpool. It’s how nature concentrates energy to achieve change—and it seems to apply to personal breakthroughs as much as to black holes.

There’s an ancient saying, “As above, so below,” which states that the same natural processes that operate at the macro level of the universe also operate at the micro level of our lives. When we achieve major personal breakthroughs, we often have a feeling of having ‘gone down a funnel’ and crashed out the other side in a changed state.

As a society, we’ve been conditioned to pursue goals through the forceful expression of all the energy and means at our disposal. With deep personal transformation, this just plain doesn’t work.

You can’t force anything to happen—it has to arise organically from within. But, particularly during the early stages of development, this truth is lost on us. We may expend vast amounts of energy trying to swim against the gradually accelerating hyperbolic spiral—and completely failing.

Surrender is like a water ride at a theme park. Relax and let go. Yes, you’re going to get wet—very wet. Forget ‘normal’. Your past life has gone and it’s not coming back. It wasn’t worth living in the first place; no matter how nostalgic it seems in comparison with the emotional bruising that emotional development delivers.

Sometimes it’s hard not to look at the lives of others, seemingly unaffected by the need to go through painful growth, and wish we were standing in their shoes. It may seem appealing, but that’s disempowered thinking and achieves nothing. (They’ve either been through their own painful growth, or they’re stuck.)

Put on your swimsuit and let go. You signed up for this ride and you’re going under. The more you can surrender, the sooner the shiny new you will splutter to the surface.

Photo by Shamim Nakhaei on Unsplash 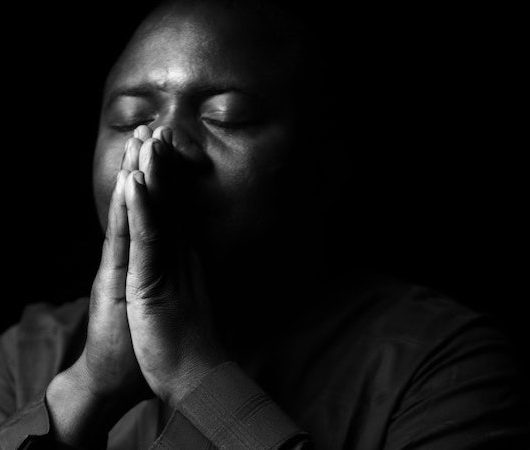