In the first part of this series I described how breathing is the safety blanket of the inherently unstable evolutionary process. The second part covered intent, the rocket fuel of conscious evolution. But where is this rocket going? Neutrality is the compass that guides your journey.

Our unconscious programming perceives everything in our experience as good or bad, clean or dirty, desirable or undesirable. What this programming shows is that polarised thinking is divisive, competitive ‘either-or’ thinking.

By comparison, neutral thinking is inclusive, collaborative ‘and’ thinking. Neutrality, or non-judgment, is achieved through removing the polarised ‘spin’ of good or bad from any event, belief or behaviour.

To increase neutrality, you need to recognise when you are acting or reacting from a place of judgment. This is initially hard to do but, like anything, improves with practice. The key is self-observation.

When you consciously and consistently apply non-judgment to your thoughts, feelings and behaviours, you change your point of resonance according to the universal rule of ‘like attracts like’—the so-called Law of Attraction.

Is the Law of Attraction for real? Once you start deliberately shifting your consciousness to allow next-level problem solving, you’ll definitely notice how difficult people and situations that once plagued your life stop showing up.

Neutrality disconnects you from your default, polarised mind-set. Instead, you gradually plug into a different mind-set based on unity, co-operation, self-responsibility and mutual respect.

Neutrality disconnects you from your default, polarised mind-set. This mind-set has been the human psychological baseline for around 6,000 years (see A brief history of shame). Instead, you gradually plug into a different mind-set based on unity, co-operation, self-responsibility and mutual respect.

I use the word ‘plug’ advisedly. ‘Tap’ is perhaps better. When you plug a socket into an electrical circuit, it is either on or off. That’s how polarity works: on or off. Evolution—for the most part—isn’t like that. It’s gradual. Initial experiences of unity consciousness tend to be occasional, intermittent and frustrating. It’s like that painting by Michelangelo, ‘The creation of Adam’, where God’s and Adam’s fingers almost—but not quite—touch. We’re desperate for the zap of cosmic connection. The more you cultivate neutrality, the more you get zapped. (Nothing to do with neutrality, but I’ve written a male existentialist blog called Pointing the finger at God – why are Michelangelo’s willies so small?)

As you develop neutrality, you also develop detachment. As a result, stuff that used to bother you just doesn’t any more. Detachment is an important practice in Buddhism. It doesn’t mean renouncing wealth or pleasure, it means renouncing judgment.

As detachment develops, you start to wonder whether you have lost all sense of feeling. ‘Care but don’t carry’ is the catchphrase here.

Yes, you do care. You care enough to stand back and let others choose to stay in the burning house. You realise that the world is nothing but opportunities for people to accept or reject neutrality.

You’ve made your choice. Neutrality is your magnetic north. Follow it. 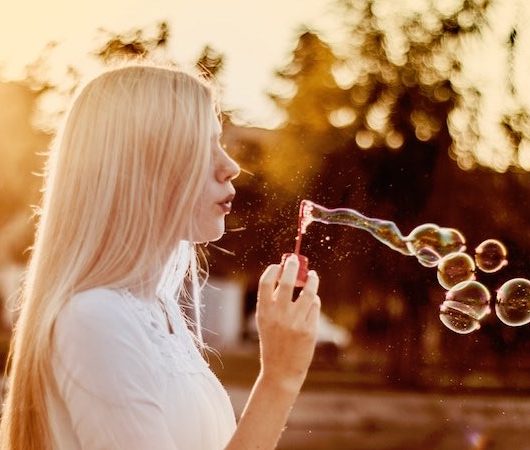