In my last article I wrote about surrender. Now I’m writing about acceptance. Aren’t they the same thing? When I listed out the topics for this series I didn’t give it a thought; I just jotted them down, one after the other. Now I wonder if I’ve planned two articles on the same subject.

But no: the things I want to say about acceptance are entirely unlike the things I said about surrender. The way I see these terms, surrender is a broad-brush tool (yes, I know—I’ve slipped from mechanics’ tools to artists’ tools) while acceptance is for much more detailed work.

While surrender is the inflatable rubber ring that glides you over the rapids of conscious evolution, acceptance is your bomb disposal kit.

One of the principles of conscious evolution is that every issue we perceive outside of ourselves is a reflection of an issue within ourselves. However, there is only one place these issues can truly—i.e. healthily and permanently—be resolved, and that is within. Acceptance is the tool for doing this inner work.

When issues show up for resolution we would often rather ignore them. Yet life has a way of shoving them in our face, repeatedly and with increasing intensity, until we GET IT. But what do you do when you get it, when you say, “oh, I’ve got a problem here”? You use acceptance, because no issue in the world can resist it.

Acceptance is the WD-40 of conscious evolution

When you recognise an issue, what that really means is you recognise that your unconscious psyche contains a judgment or limiting belief that is harmful to you and/or others. Your job is to neutralize that belief.

When you recognise an issue, what that really means is you recognise that your unconscious psyche contains a judgment or limiting belief that is harmful to you and/or others. Your job is to neutralize that belief.

You do that by spraying WD-40 on it until whatever’s stuck comes unstuck.

Now, this belief is a part of you, so you might think you have control over it. But in fact you don’t because it’s in your unconscious. Effectively it operates beyond your control and you need to tread very carefully to communicate with it. This is where acceptance comes in.

You cannot move on from an issue until you fully accept the issue, and yourself, just as you are.

Some swear by John Lennon’s mantra, “Love is all you need.” In development work, this translates to consciously loving the wounded parts of our selves.

My experience is that if you shower these beliefs with love they ask, “What’s wrong with me, why are you suddenly giving me all this love?” and hightail it back into the depths of the unconscious where they can’t be reached.

Acceptance, on the other hand, they cannot resist.

Simply sit with your issue. Know that it is there—the evidence is there in your life. Don’t try to love it. Don’t try to understand it. Don’t try to fix it. Be neutral. I know this is hard, but stop wishing that you didn’t have this issue to deal with.

Just accept it. Talk to it. Tell it that it’s OK, whatever it is. Once it realises you are genuine, it will let go. You will feel it shift from your unconscious into your consciousness, where you can heal it. That is the time for self-love.

Photo by Slava B on Unsplash 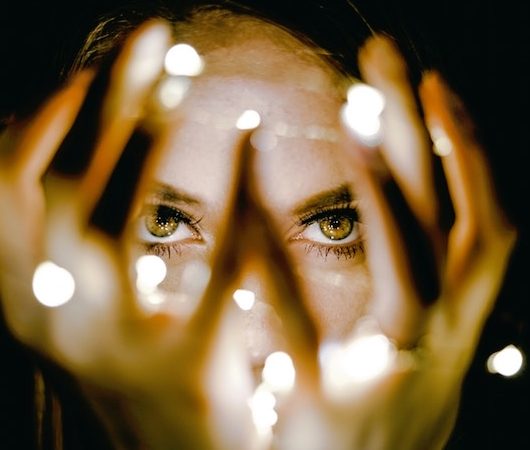