In the late 1980s a paediatrician at Duke University Medical Centre, Marcia Herman-Giddens, noticed that girls seemed to be entering puberty at an earlier than expected age. Herman-Giddens went on to produce a study for the American Academy of Pediatrics that confirmed her suspicions.

The study was controversial at the time but its findings were supported by later research. Figures indicate that in 1860, the average age for the onset of puberty in girls was 16.6 years. By 2010 it had dropped to 10.5. Recent research confirms that the same is happening with boys.

Various reasons have been put forward for this huge shift. High fat and sugar diets are thought to increase the production of oestrogen which in turn promotes early breast development. However, a 2011 Danish study showed that early puberty occurred regardless of body mass index.

No firm conclusions have been reached, leaving parents in a ‘puberty paradox’. As Science Editor Robin McKie observed in The Observer, “Many parents worry that early sexual development puts strain on children who are being robbed of years of innocent childhood.”

For a scientific article, the words ‘robbed’ and ‘innocent’ stand out as particularly emotive and, well, unscientific. In science stuff either happens or it doesn’t. Nothing is innocent or guilty and nobody gets robbed. But the use of these emotive terms reveals the primal fears stirred up by Herman-Giddens’ research.

Sex is still regarded as something fundamentally corrupt and shameful. By implication, we should keep our children in a bubble of innocence (i.e. free of sexual taint) for as long as possible. This is a Biblical view, not a scientific one, and it masks a key assumption: that a later onset of puberty is normal and an earlier onset abnormal.

Just because the onset of puberty was higher 150 years ago than today does not necessarily mean that a regression has occurred. What if it were the other way around?

What evidence do we have to support this assumption? None. Just because the onset of puberty was higher 150 years ago than today does not necessarily mean that a regression has occurred. What if it were the other way around? What if the higher age for puberty in past times was unhealthy, and we are moving towards a healthier onset age? Is there any evidence to support such a suggestion?

Quite a bit, actually. Negative attitudes—towards both Herman-Giddens’ research and the earlier onset of puberty—reveal a DNA-level, institutionalised negativity towards human sexuality. Emotionally, it manifests as arrested development and disorders such as depersonalisation disorder. Could this negativity towards all things sexual be so profound that it has, for thousands of years, unconsciously conditioned our bodies to delay the onset of puberty?

“Most of what official adolescent psychology considers the ‘characteristics of puberty’, turn out in character-analytic work to be the artificially produced effect of obstructed natural sexuality.”

As I have written elsewhere, sexual shame became institutionalised in human societies after the advent of patriarchy around 5,000 years ago. We have been living under a cloud of sexual repression ever since. How can we objectively determine the extent of this cloud when its fundamental nature is shameful? We can’t.

Over the last century or so, negative sexual attitudes (in the West at least) have softened. Is it a coincidence that this softening is accompanied by an earlier onset of puberty? No. It makes logical sense: as the social pressure to repress sexuality diminishes, our bodies are responding. Could it be that our children are becoming healthier as a result of this shift?

In my work with ChildLine’s Schools Service, I gave workshops to 10- and 11-year olds on preventing abuse, including sexual abuse. The children were always inquisitive, informed and sensible when dealing with this material. It was only the teachers who had trouble with this troublesome topic.

I don’t know whether my suggestion is correct. But I do know that current attitudes are contaminated by sex-negative attitudes that slant interpretations in a conservative way. Until we can gaze clearly and shamelessly at the mysteries of adolescent sexual development we will not reach any genuinely healthy conclusions as to how best to support our children through this challenging journey.

Image by Tirachard Kumtanom on Pexels 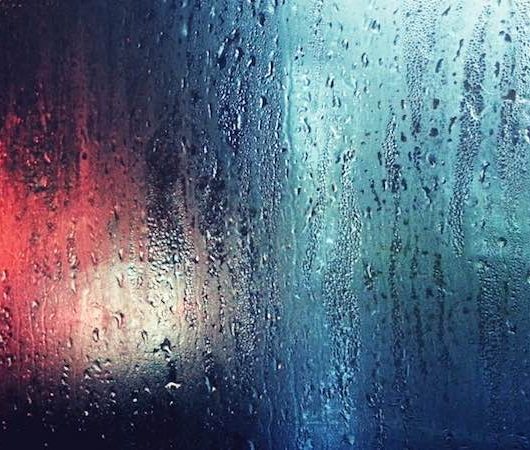