The last nail has been hammered in. The crowd outside the Lewes crown court dissipates. The paparazzi photographers stash their phallic zoom lenses into velcro-zipped bags with the vaguely disgruntled air of a man sheathing his penis after a disappointing pee. The Black Maria drives away, soon lost in the crush of early rush-hour traffic. The crucifixion of Jeremy Forrest is complete.

On Friday 21 June 2013, 30-year-old mathematics teacher Forrest was convicted of child abduction and sexual activity with a child, his sentence five and a half years’ imprisonment. The phrase “sexual activity with a child” generates the most repugnant impressions in the reader’s mind. Yet what actually transpired between Forrest and Megan Stammers, 15 years old when these activities occurred, suggests those impressions—along with the stigma that will attach to Forrest for the rest of his life—may be misplaced.

The details of the case were widely reported by UK media during the frenzied week of Stammers’ disappearance and subsequent discovery in France in September 2012.

Forrest and Stammers developed an inappropriate relationship during a school trip to Los Angeles, which escalated to swapping texts and intimate images. Rumour of their potentially illegal relationship ultimately led the police to confiscate her mobile, precipitating what legally constituted Forrest’s abduction of Stammers but in reality bore all the hallmarks of the quixotic elopement of a tragically besotted couple.

The assumption here is that age is a guarantor of maturity. In the case of Jeremy Forrest this assumption seems false.

The prosecution was keen to quash the romantic angle. “This is not Romeo and Juliet,” said Richard Barton QC. “This is a 15-year-old girl with her own vulnerabilities, and a 30-year-old teacher.”

The assumption here is that age is a guarantor of maturity. In the case of Forrest this assumption seems false.

Much of his behaviour has the whiff—at times faint, at others fairly reeking—of emotional immaturity. It’s hard to objectify but the clues are there: Forrest’s musical alter ego Jeremy Ayre, the mascara-eyed young girl tattoo, the online post that his feelings for Stammers hit him “like heroin”, the pathetic fake CV he peddled in Bordeaux.

None of these are the behaviour of a mature adult. Instead, they all smack of ‘little boy lost’—lost, that is, until that magical moment in LA when he connected with Megan. Little boy lost, a.k.a. Peter Pan syndrome, is a clear marker of arrested development.

When this line of enquiry is followed, the vortex of the Forrest-Stammers case comes into sharp relief. Him, the disaffected, less-than-the-sum-of-its-parts kid for whom music was a refuge. Her, unconsciously looking for both a father figure and a knight in shining armour while simultaneously reaching sexual maturity.

What happened in Forrest’s formative years is largely unknown, but one can hazard a guess: not much. Loneliness, alienation, a sexual vacuum; natural maturation stalled. Forrest’s behaviour towards Stammers strongly suggests she was the all-consuming teenage love he never had. Each held the key to the other’s disaffection. Click.

This was always going to be less Romeo and Juliet and more Thelma and Louise.

There is no question that Forrest failed in his duty of care towards Stammers. Judge Lawson QC observed in his sentencing remarks that Forrest “chose to ignore the cardinal rule of teaching” when he should have known better. Why didn’t he seek help? Was he really a cold, manipulative groomer, leveraging the naïve and innocent Stammers away from the bosom of her family into a position where he could sexually exploit her?

A simple law, though not one on the statue books, is at work here. As social philosopher Edward Carpenter observed as long ago as 1899 in Civilisation: its Cause and Cure, “feeling precedes thinking”. We react rationally to situations only when they don’t pull our emotional triggers. The more a situation triggers us emotionally, the less we are able to respond rationally. A tipping point is finally reached where rationality ceases.

Jeremy Forrest’s behaviour is most consistent with that of a helplessly lovelorn teenager, rendered knock-kneed and mindless by the swirling torrent of stunted desires that the relationship with Stammers promised to satisfy.

At its core, the relationship between Forrest and Stammers can be seen as a profound resonance based on mutually compatible vulnerabilities. Both Forrest and Stammers were quick to label that resonance ‘love’. Whether the label fits is a moot point. There is an echo of Romeo and Juliet in their tragic dynamic, but it has been lost in the legal system’s inexorable drive to separate victim from victimiser.

Along with Forrest’s crucifixion, a less obvious but more insidious counter-process has taken place: the beatification of Megan Stammers. For if Forrest is guilty of abduction and illicit sexual activity then ipso facto Stammers was connived into leaving Britain and coerced into unsought copulations.

This is an idealised Megan Stammers; as she was supposed to be, not as she actually was. We may call this non-existent Megan ‘X’, as she was referred to throughout the trial for legal reasons when even the most cursory googling of Forrest’s name revealed her identity. The real Megan Stammers dyed her hair before embarking for France. She included “run away forever” in her ‘bucket list’ of ambitions. She apologised to Forrest as he was led from the dock.

Forrest, for his part, told her “I love you” and signalled that he was OK. If only. These were two damaged people in a mutually destructive embrace. The trial has only added to that damage—for victimiser and victim alike. But then, Megan Stammers’ wellbeing was never considered in the crucifixion of Jeremy Forrest.

In fact, it was the law’s abrupt termination of her elopement with Forrest which apparently had this effect. After her enforced return from France, Stammers’ relationship with her mother broke down entirely. “Somebody has got to my child… I feel like the daughter I knew has died…” her mother said after the trial, seeming to imply that everything was fine until that fateful trip to LA. It wasn’t. It’s just that the trip exposed the underlying mother wound.

Even Stammers’ own mother sees only ‘X’, the idealised Megan, not the real one.

Stammers’ one-time description of herself on Twitter—a “self-loathing… loner”—suggests that her highly public escapade with Forrest, with its denouement (only a French word will suffice) at the Lewes crown court, was merely long-simmering discontent coming to the boil. It seems clear that, however misplaced, Stammers’ feelings for Forrest are genuine. No surprise then that the treatment meted out to Forrest has heaped emotional damage onto a young woman already ill-equipped to handle it.

What should have been done? It doesn’t matter. It’s too late.

The failings have already occurred and they are systemic. Forrest’s conviction merely serves to draw a line beneath an unsavoury yet briefly titillating incident. Enquiries will be—no, already are being!—held. Safeguarding procedures will be reassessed and tightened, etc. etc. No one asks what can be done to stop the assembly line of emotionally vulnerable Megans and Jeremys.

Only by recognising the mutual helplessness of Stammers and Forrest can we begin to understand how such incidents arise—and perhaps keep other vulnerable, supposedly mature males from following in Jeremy Forrest’s footsteps up the hill to Calvary.

No More Page 3 and the need for a new ‘masculinism’ 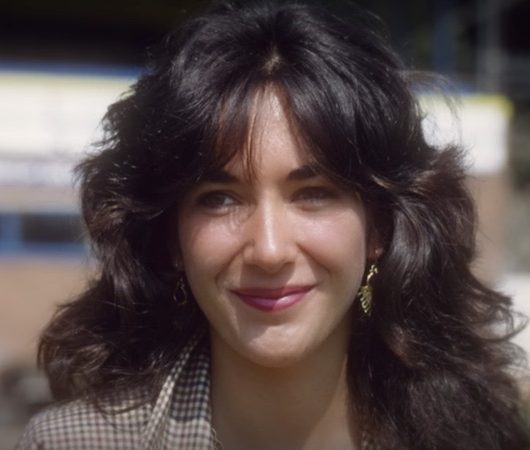 ‘Incel’ – the issue is shame, not physical appearance